Now, where did I pack my blue athletic shorts? Was it the green duffel or the gray one?

I rummage for some minutes more – pushing aside and digging through photos, picture frames, socks, a winter jacket, a pair of running shoes, an old journal, a favorite mug. Finally, I remember. In the green duffel, under the spare backpack and the wetsuit and nestled next to the folded gray dress slacks.

Nothing tells me “transition” so much as seeing my gray and green duffel bags packed full on the floor. Unfortunately, I’ve experienced a lot more of that instability than I’d prefer in the last nine months. 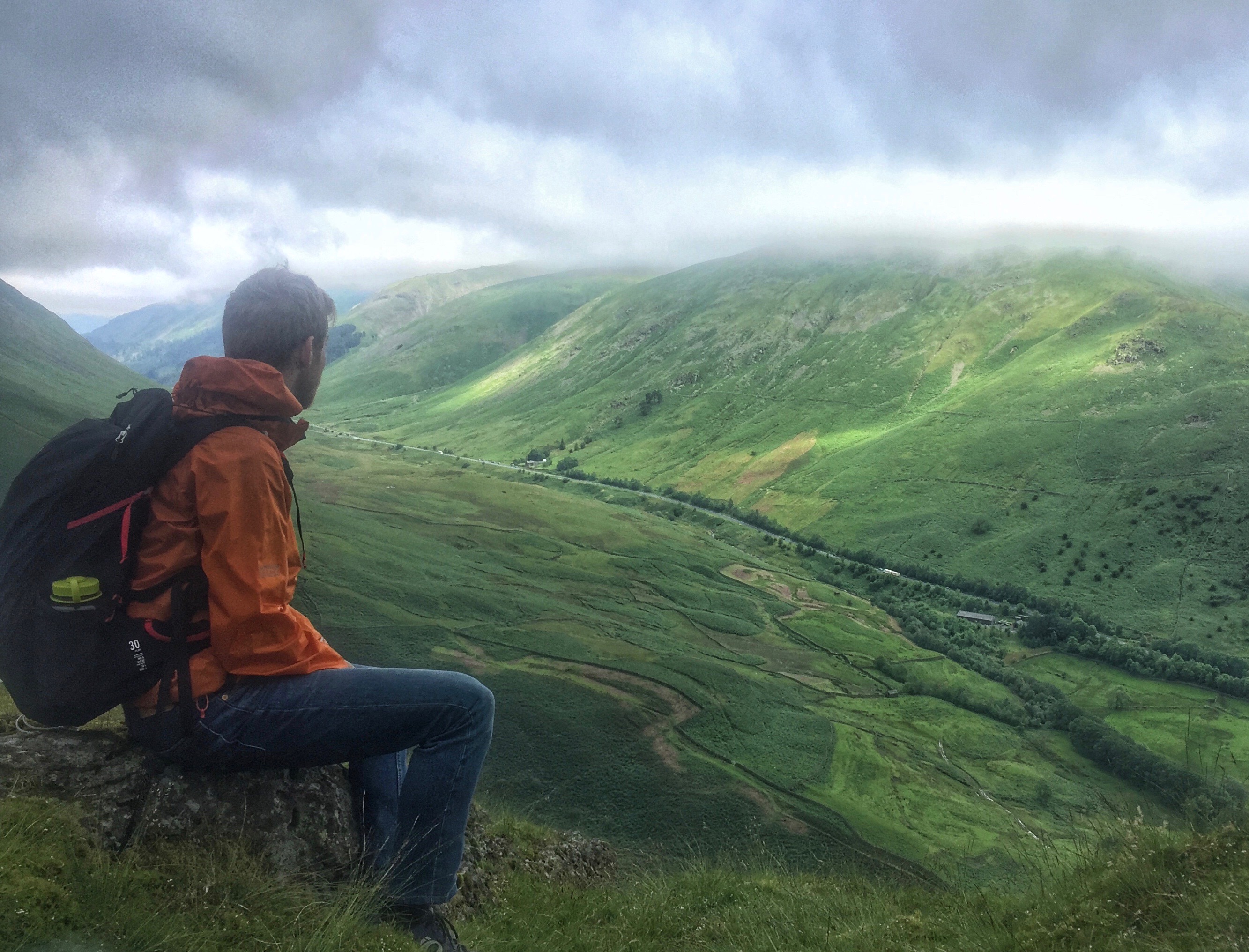 Traveling in the English Lake District

Having moved to Kazakhstan, moved back to the U.S., moved to New Zealand and now moved back to the U.S. again in the past ten years, I can honestly say there are few feelings as comforting for me as those that come with organizing my belongings in a bureau or wardrobe. That simple act of shelving and organizing has become – along with running – one of my first steps in making a new place feel like home.

As I write this post while sitting in a cafe in Beverly, Massachusetts ten years after my family first moved to Almaty, Kazakhstan, I am in the midst of yet another major life transition. In mid-May, I finished the job I’d been working at in New Zealand for two years, packed my gray and green duffel bags and Osprey hiking backpack and set off to return to the United States. I had travels planned for six weeks and proceeded to visit family in Seattle, friends in Boston (where I repacked and dropped off the duffels), my girlfriend in England, my parents in Kazakhstan, ran a mountain ultra marathon in Italy, and then spent another week with my girlfriend in England’s Lake District National Park. It was a perfect storm of fresh, unique and exciting experiences – seeing family and old friends for the first time in a while, standing in awe before buildings 800 years old, speaking Russian again for the first time in six years, speaking Italian for the first time ever, running farther than I ever had before, and hiking and adventuring with someone who I’ve come to cherish dearly.

In the midst of it all, despite my decided preference for stability and routine, I found it easy to accept the transitory nature of it all. I knew I was traveling temporarily and that knowledge allowed me to easily accept the daily inconveniences and instability that come with living out of a bag, of always needing to remember which zipper pocket I’d stashed my toothbrush or headphones in.

However, now that I have been back in the U.S. for two weeks with the intention of settling down and finding work here for an indefinite period, the true work of transition is actually beginning. It is now, as the new and exciting adventures wind down, that I am faced with the reality of actually putting down new roots in a place. The easy thing is to float from one new place to the next – a reality backed up by the fact that many TCKs (children who have grown up in a culture other than their passport culture) have a very difficult time living in one place for more than three to four years. After that they grow restless and begin looking for the next place to move to, the next travel destination. It is hard to put down roots.

Packed and moving to Almaty

We sold the house I grew up in when I was thirteen. It was the only place I’d ever known, and we weren’t just moving to the other side of town. We were moving to Almaty, Kazakhstan – a city of 2.5 million people, in Central Asia. Years later looking back, I now recognize that move as my first step into young adulthood. The familiarity I’d known was left behind and I found myself thrust into a strange new world of crowded city buses, strange foreign languages, and no winter snow removal.

I spent four years living in Kazakhstan, attending a small, private international school during my high school years. Every summer my family would come back to the U.S. for several months. My high school classes (with the exception of Russian language class, of course) were all taught in English, and I never really developed exceptional local language skills. These factors combined meant I never really became comfortable or rooted in Almaty. I knew that as hard as I tried, I’d never feel like I really belonged there. And in the back of my mind, I knew that I was only there for four years, and then would return to the U.S. for undergraduate school.

Unfortunately, when I returned to the U.S. to start my freshman year of college, I realized that I now did not really belong in that culture either. My years abroad had given me very different global and cultural perspectives than many of my peers. I wanted to have conversations that mattered and found small talk frustrating to endure. 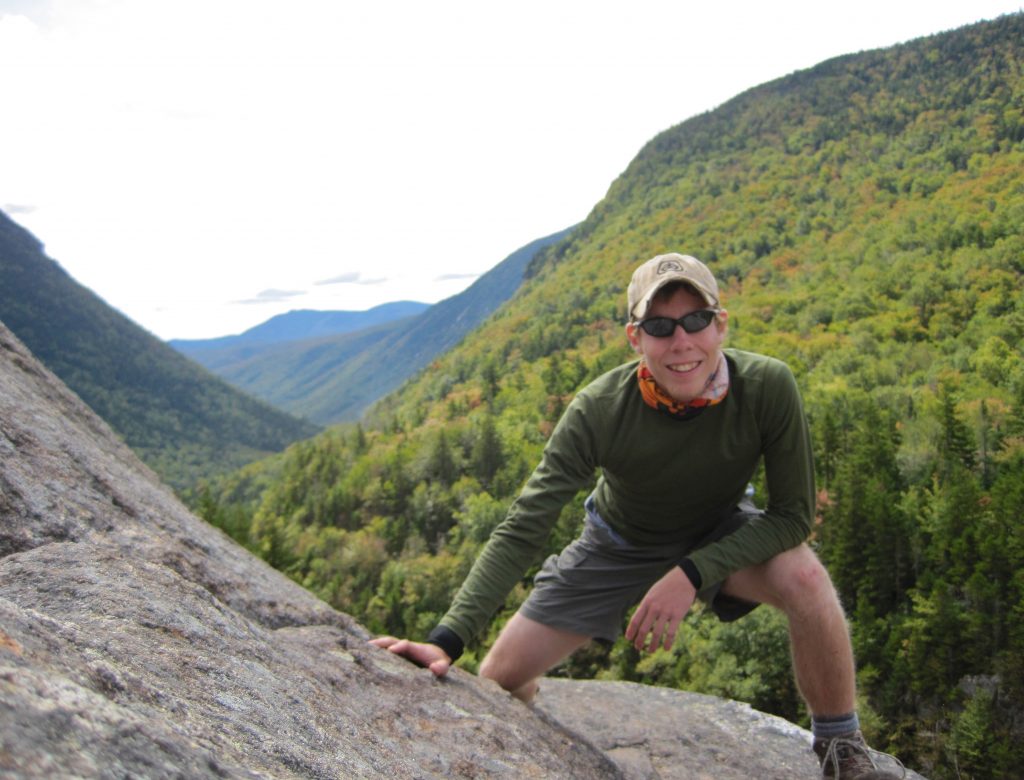 I used time outdoors to cope with my transition to college

Navigating those differences and learning not to judge the perceived “narrowness” or “shallowness” of my new friends’ own experiences took time. It took several months, but I slowly gained a deeper appreciation for the stories of my friends and also learned how to share my own stories more selectively.

Four years of college and then I was off to start my first job – in New Zealand of all places! Working for a small, environmental, liberal study abroad program, I again found myself in a new, exciting and vibrant world. Surrounded by mountains and ocean, it was a place that I found easy to be good in. I enjoyed that job, volunteered at my local church, made friendships and learned to love trail running.

Then, on November 14, 2016, a major 7.8 magnitude earthquake struck the town I was living in, severely damaging the program campus property. I was suddenly coordinating evacuations, and then – a week later – searching for a new home both for the program and myself. A fellow staff member and I lived in the back rooms of a local hostel for two months – my things crammed into my two duffel bags. It became the daily routine to rummage through them, sometimes for minutes on end, searching for a different t-shirt to wear. 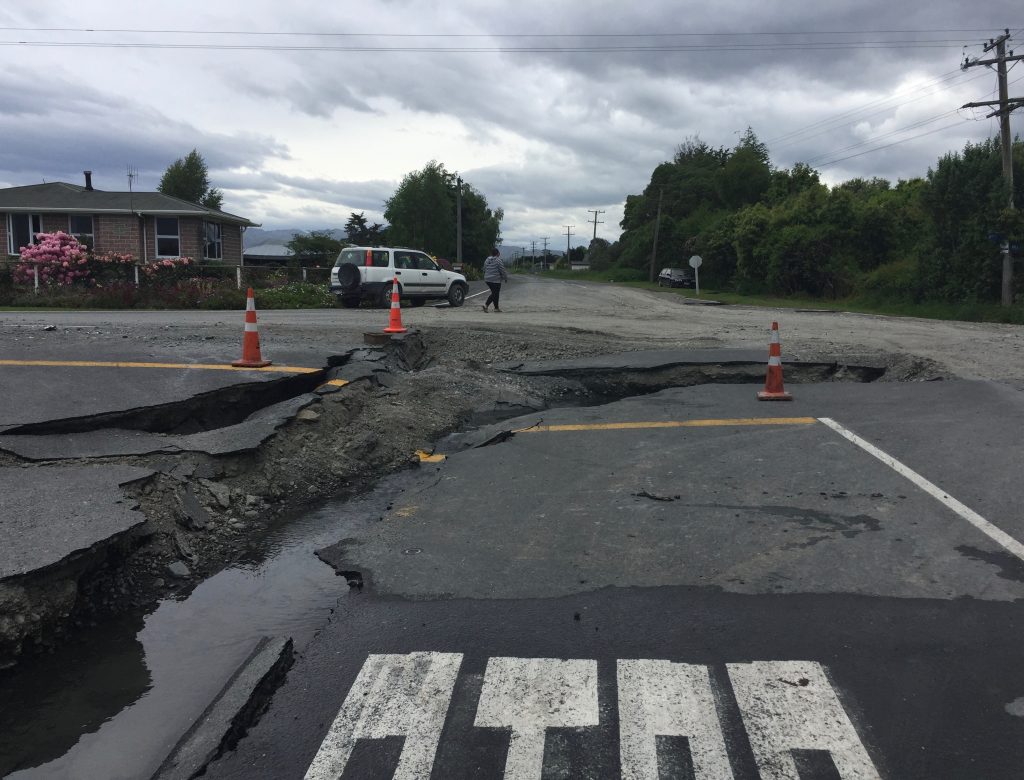 My street corner in New Zealand after the earthquake

The months ticked by and a “new normal” gradually pieced itself together. We found a new campus, and our spring semester program went as smoothly as could be hoped. But in overseeing that post-earthquake transition, I felt like I had done what I needed to do and decided it was time to come back to the U.S..

Now I find myself here in Beverly. Again transplanted. Again in transition. I know it takes time to settle in a place, to form new friendships, to develop a new routine, to see how growth can be sought in new ways. I want things to happen faster, to suddenly be integrated and comfortable again. But I’m learning that isn’t the way things work and it’s also not how we grow. The resilience, character and compassion we develop comes from living in and through and into the uncomfortable, destabilizing times.
* 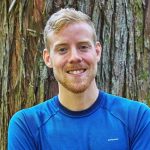