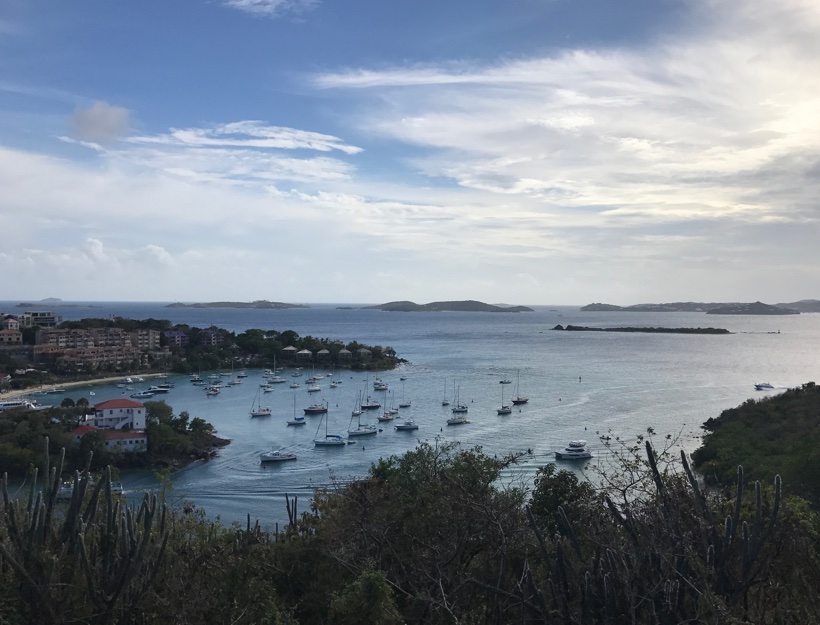 South of Florida and Cuba, just north of Venezuela (and east of Puerto Rico!) in the deep, turquoise-blue Caribbean Sea, is the wonderful travel destination of St. John Island. There are many islands scattered throughout the archipelago, but St. John is one of the three main U.S. Virgin Islands. Purchased from Denmark by the U.S. in 1917, St. John is the smallest of the 3, with St. Thomas and St. Croix rounding out the trio. Locals say that the main visitors to the island are Americans, mainly from the East Coast. Virgin Islands National Park occupies more than half the island, so natural wildlife abounds. There are iguanas resting on the treetops and a near constant soundtrack provided by the island’s distinct variety of vocal birds and frogs!  The island’s numerous sheltered bays provide snorkeling, paddle-boarding, and other boating/water activities for water and nature enthusiasts. Others who want to unwind from the stress and cares of life back home can and do opt for long, lazy naps on the beaches, sprinkled with an occasional swim out to a diving platform to shake off the sleepies. 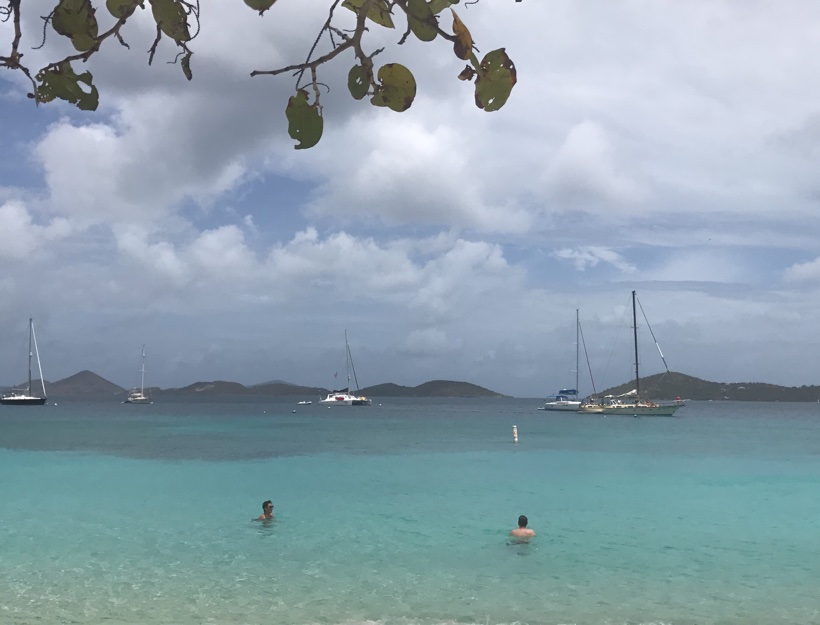 The white sand surrounding the island is soft and inviting and reflects the sky beautifully to create the famously clear, turquoise-green colored waters. In the hours of snorkeling, one is apt to see sea-turtles, multi-colored fish, coral and even an octopus curled up tightly, blending into its rock resting place! 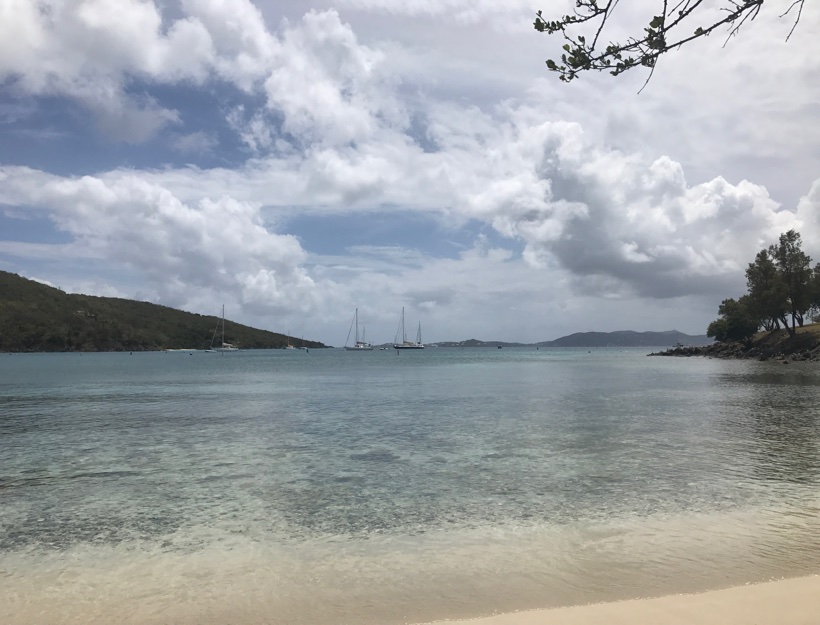 Although Christopher Columbus was here on his second voyage in 1493, the history of St. John’s became mainly intertwined with Danish sugarcane producers. The Danish West India Company settled on St. John in 1694. Sugarcane was produced by slave labor, and this drove the island’s economy for hundreds of years until the abolition of slavery in 1848. In 1733, St. John was the site of one of the first significant slave rebellions in the New World. The slaves were successful in taking over the island for six months before the Danes enlisted help from the nearby French to break the rebellion. The indigenous Caribs and Arawaks were also used as slave labor to the point of the entire native population being absorbed into the larger groups. 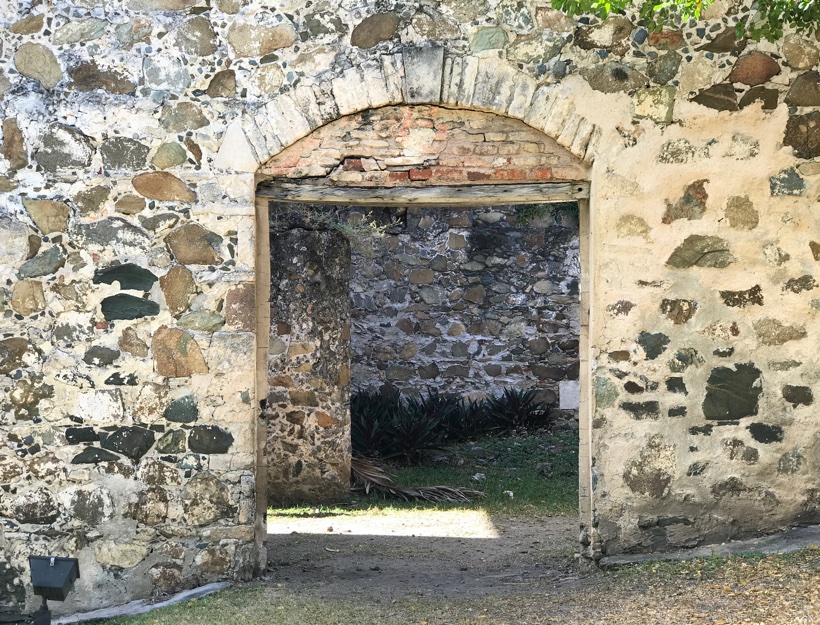 The ruins of the sugar plantations are actually beautiful now, situated on gentle hills above the coast. The natural rocks and stones used to make these structures seems to blend in with all the greenery surrounding them. 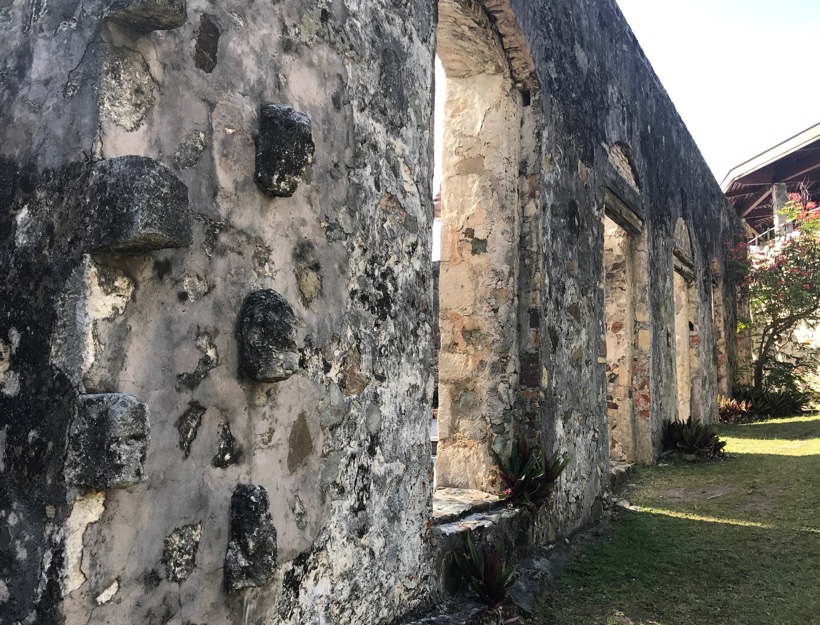 For the love of nature and the need to “unplug” in a breathtaking, beautiful environment with a varied history, the island of St. John is sure to provide a memorable getaway for those that are able to make the journey!
* 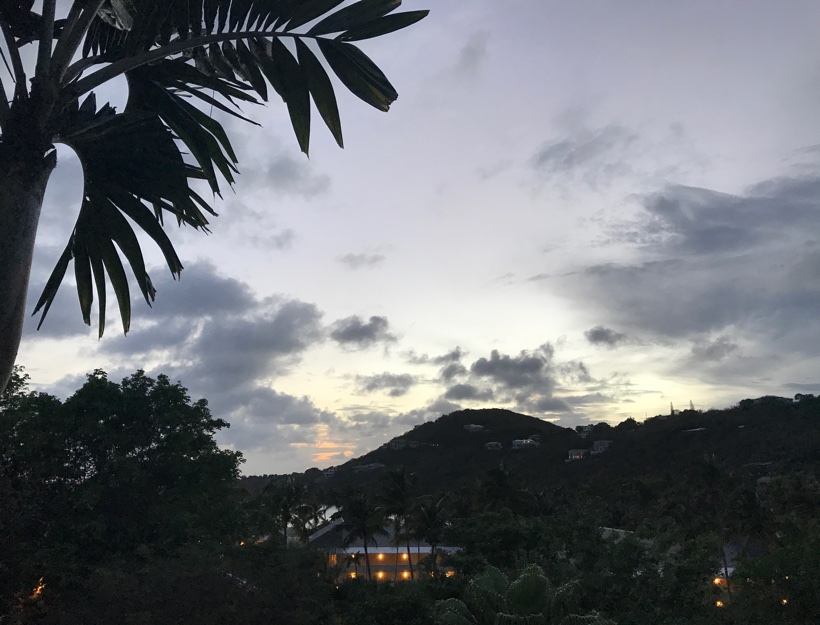