This past Sunday, November 13, 2016, those 130 people that were killed in Paris, France in the terrorist attacks from one year ago were remembered. It was reported that there were also 400 more people injured, some severely, during the multiple attacks around the city. The heart of France was wounded deeply on that day, and that wound still aches a year later. 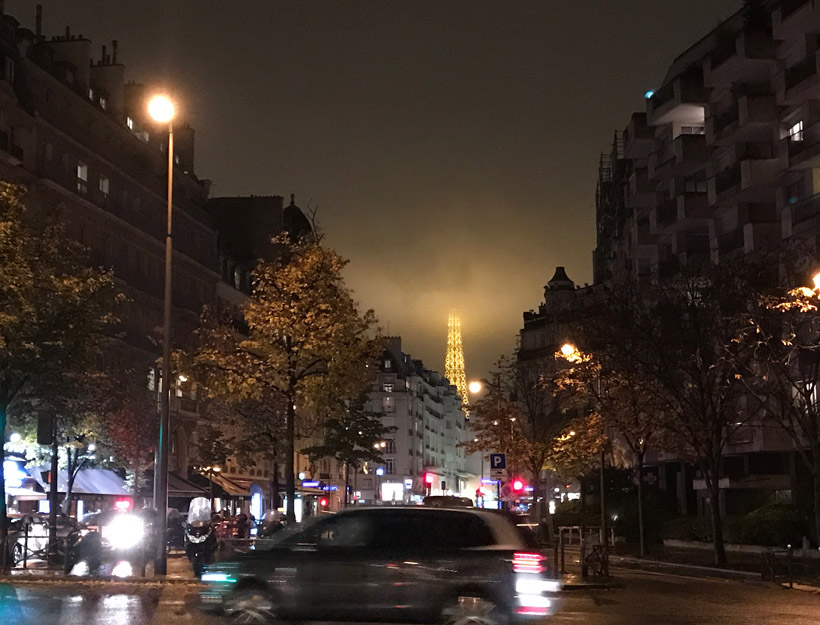 For one survivor of the tragedy of that horrible night, nothing will ever be the same. Caroline Langlade has started a non-profit called Life for Paris, and is quoted here from the PBS News Hour interview below:

“I have a really hard time going to closed-up places or dark rooms, movies, concerts, but also restaurants where there’s too many people at night. It makes me quite jumpy. I tend to panic.”

But then she adds, “I think … the most beautiful response we can give to the terrorists is love, joy, happiness, culture, music.”

She concludes, “So we need to keep this going, as loud as possible, so yes, I hope we’ll continue, even stronger that people will realize that life isn’t about the money, life doesn’t revolve around the little problems we might have, life is love.”

The Bataclan music club where 89 people were killed during a concert reopened this past weekend with a concert by Sting, which was a sold-out show that was attended by many of the survivors of the attack. According to the Rolling Stone, Sting is quoted as saying, “We have two tasks: to honor victims who lost their lives and to honor music and life,” adding in French, “We will never forget them.” 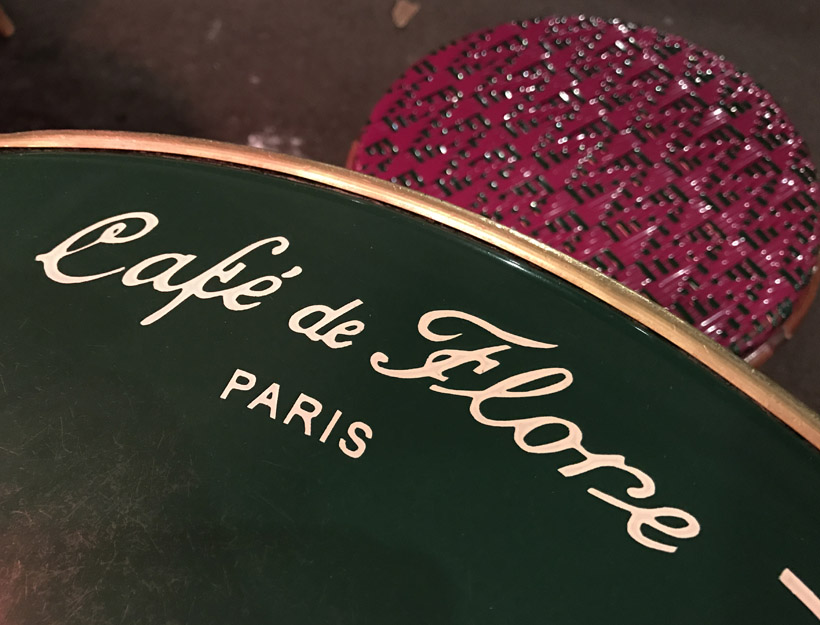 Having visited Paris just 3 weeks ago, my impression was that the cafes seemed quieter, the mood felt a little “misty”, as though a thin, silken veil had been cast over the city. While it’s true that numbers for tourism have fallen off slightly, they haven’t fallen as much as one might think. Clearly the intriguing draw of the Parisian cafe still tugs on imaginations worldwide – and let’s be clear, nowhere else in the world can you stumble upon the art nouveau gems like this one, Le Petit Zinc, during a simple walk through St. Germain : ) 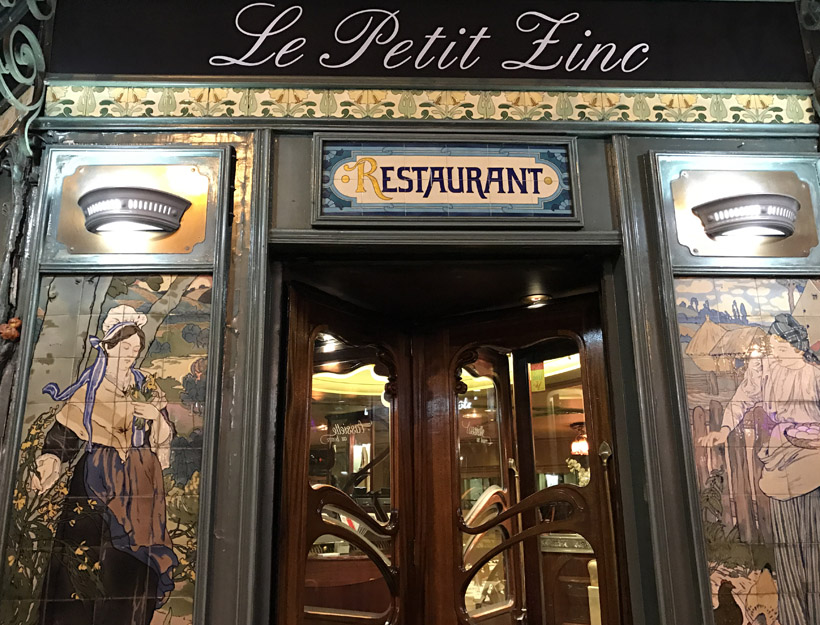 Perhaps the motto for the City of Lights is truer now than ever, “She is tossed by the waves, but does not sink“. Having survived Nazi occupation during WWII and many other travails through the centuries, the unique beauty and elegance of Paris still shines through like nowhere else! 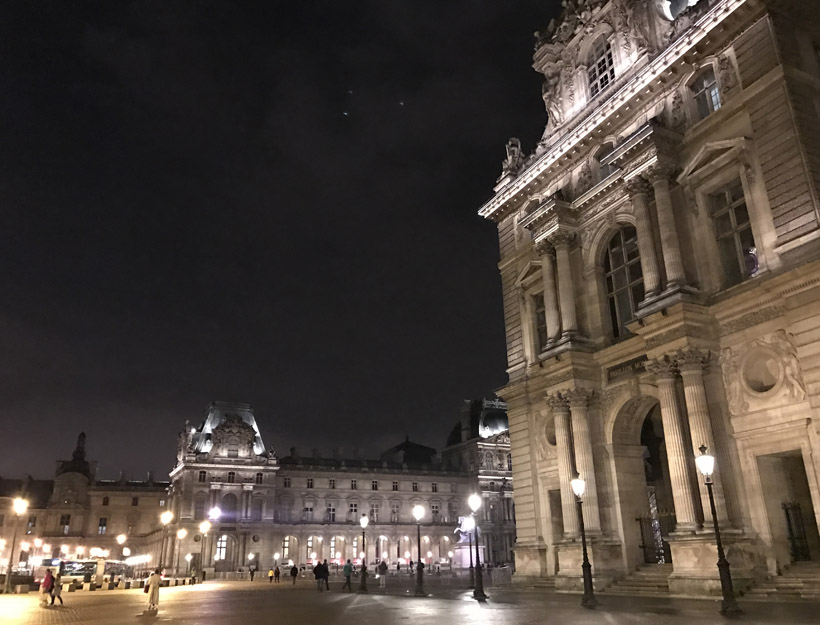 Would I travel to Paris now, in a time of global uncertainty? I did, and I will go back at the next available moment! Like Caroline Langlade, I think the most life-giving response to the violence is to keep hope and faith alive, and in bravery and prayer to watch for and participate in the newness of Life as it is given to us.
* 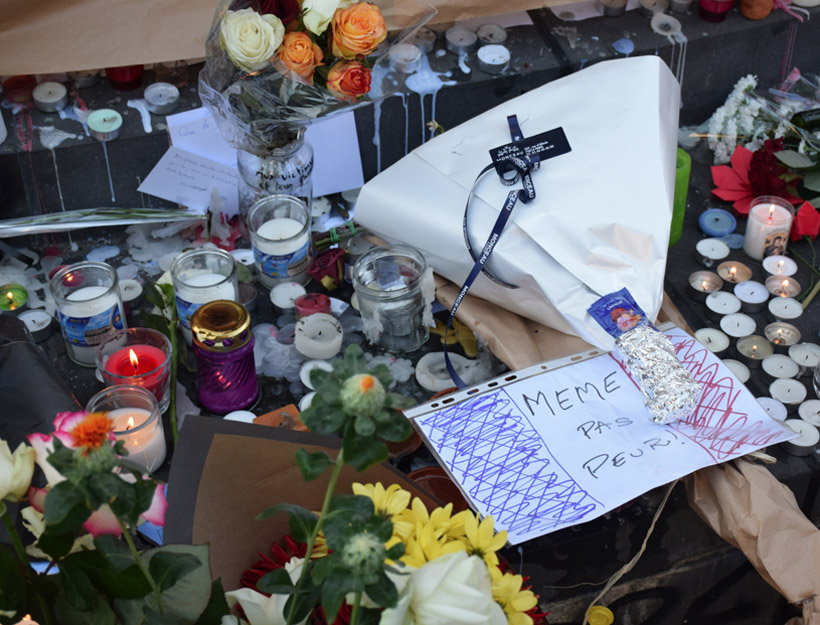