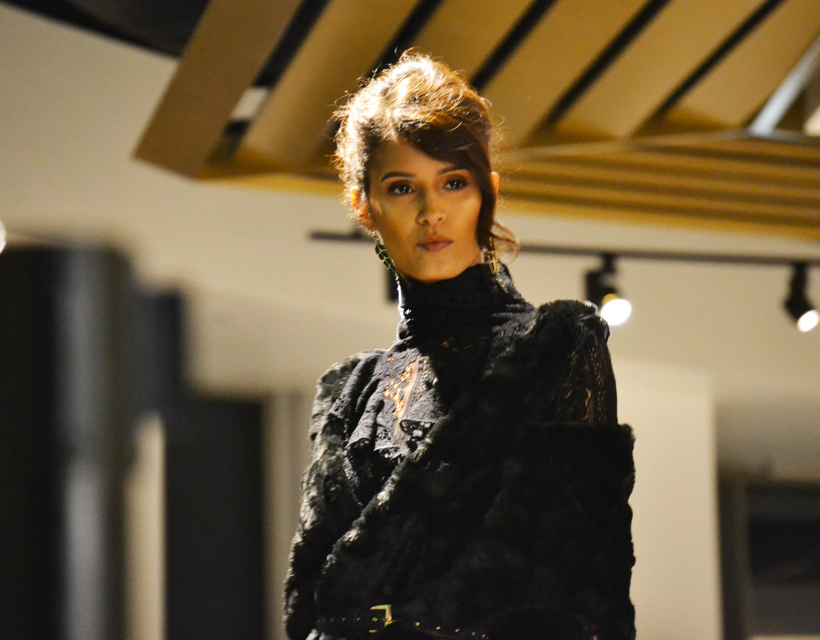 Every year we hear about fashion week in New York, Paris, and Milan, the prime locations for the fashion industry heavyweights to debut their latest collections to the fashion world. I have always been puzzled as to why Los Angeles was never considered a location for fashion bloggers and writers to rave about. L.A. is a premier pioneer in the streetwear world for being home to some of the most iconic streetwear brands. The youth of L.A. are responsible for many of the style trends we not only see in the streetwear community but now in the high-end contemporary fashion market as well. Tom Ford and Hedi Slimane have recently debuted their collections in L.A. to try and raise awareness about the City of Angel’s fashion scene. With all that L.A. has to offer, I asked myself the question, “What is it that makes L.A. fashion shows less appealing than NY, Paris, and Milan?” This led me to do my own personal research and attend some of the best fashion shows L.A. has to offer.

The first fashion show event I attended was the SU Magazine Celebrity Fashion Show. The SU fashion show was held at  Boulevard 3 which is located on Sunset in Hollywood. The show was scheduled on Saturday, October 13th at 7:30 pm. Red carpet arrivals were scheduled to arrive in between 6 & 7 PM and the fashion show included a performance by L.A. native R&B crooner Ty Dolla $ign. 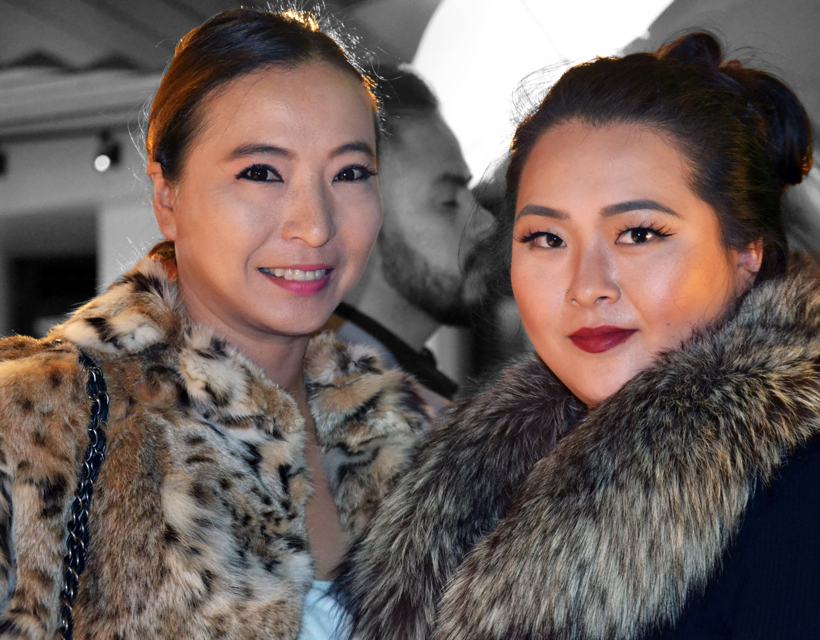 As I arrived at the venue, I noticed a line outside the entrance with many models, social media influencers and fashionistas dressed in their best, in what we like to call “drip”, which simply means dressed to impress. As I made my way into the venue, I noticed there was a bar outside the main banquet room where the fashion show would be taking place. When I entered the main room, I spotted a catwalk stage lifted about 9-10 ft from the ground. Directly in front of the stage was the booth for the house DJ for the night. The runway was not as long as most runway stages that we see from the fashion shows in Paris or New York, but it was high enough for everyone in the room to see the models and the designer pieces they were wearing as they walked across the stage.

The fashion show started on time with an opening performance by past American Idol contestants. As the American Idol contestants performed, models strutted down the runway in colorful dresses. The host announced the designer’s name, but we couldn’t make out the name of the designer because the sound was a little rough. However, we were still able to see the designer who had a mobility impairment, which was inspiring because she was still able to chase her passion in creating clothes. 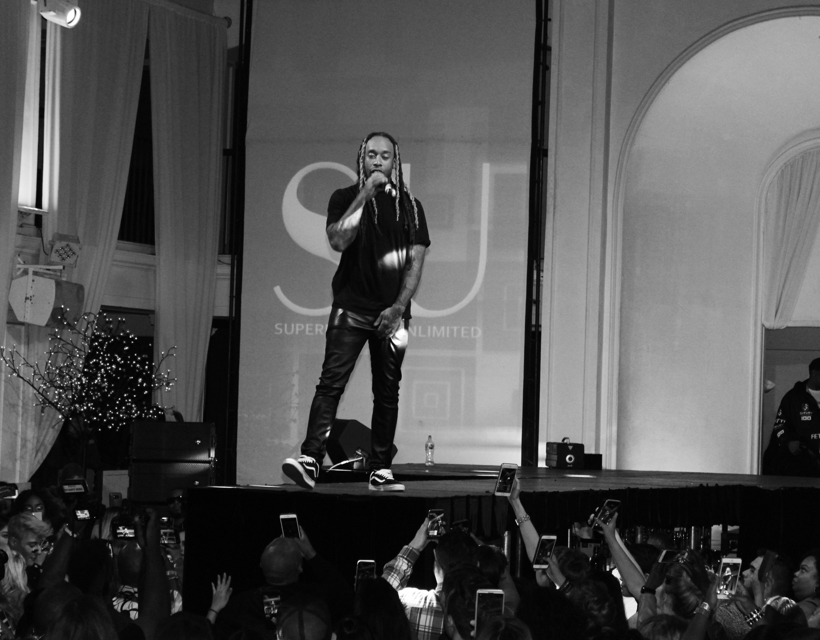 After the designer walked offstage, we were graced with the presence of local R&B singer Ty Dolla $ign who performed for about 20 minutes. He even performed unreleased material from his most recent album MihTy. The show ended after Dolla $ign’s performance and the floor transformed into a dance floor for the guests to close the night out.

A week later, I was invited to attend a fashion show at the top of the U.S. Bank Tower in the newly-created OUE Skyspace tourist attraction on the top floor of the U.S. Bank tower. I was already intrigued by the location of the show, and I was also interested in discovering the designer. After doing some quick research, I found that it wasn’t just one designer, but two and they are twins! Their names are To-Tam & To-Nya SACHIKA and they grew up in Montreal, Canada. SACHIKA was founded in 2009 by the twins and has already gained a strong following. 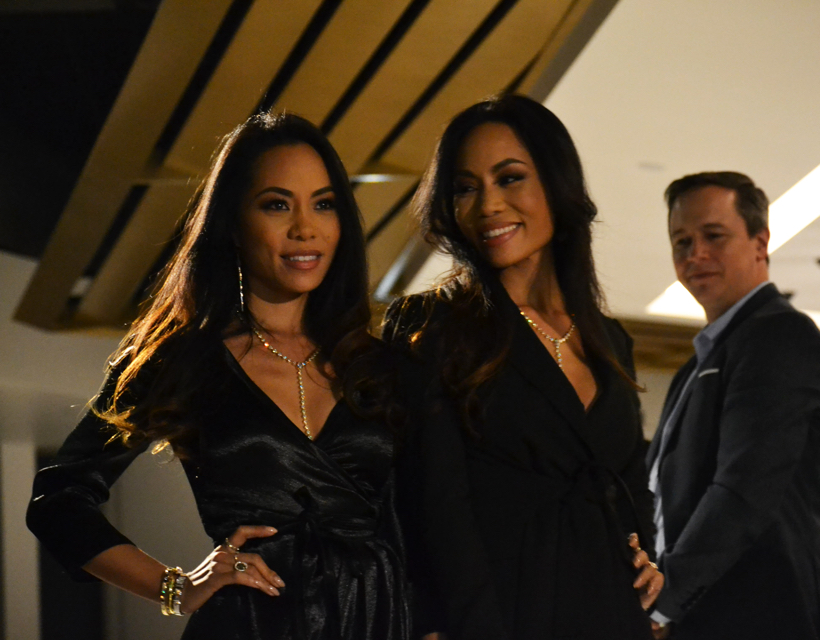 The SACHIKA twins have several years experience in design and have already showcased at New York Fashion Week.  It was evident they were going to give us a great show. “Black Sheep” was the name of the collection being presented. 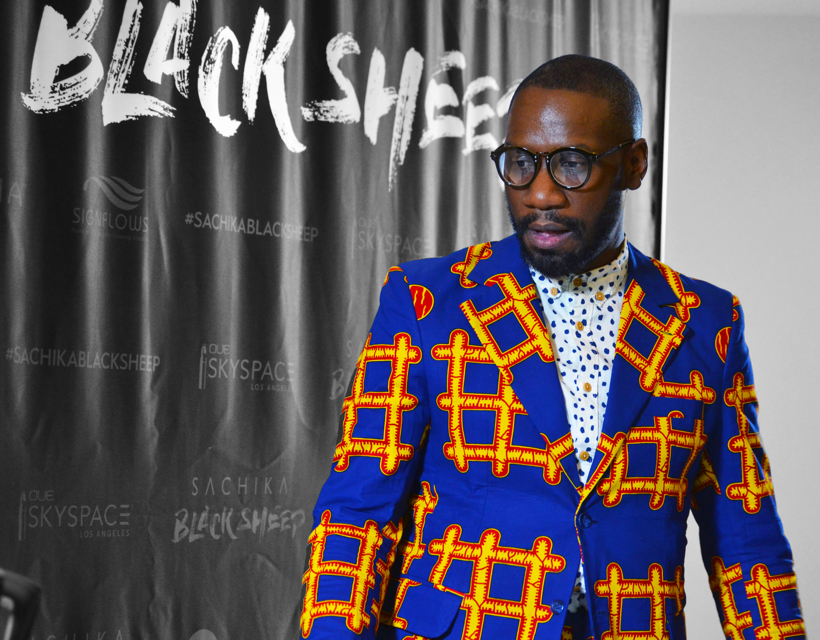 The inspiration for the title came from the clothes being all black as well as a lot of different materials that complemented each other being used. What I appreciated most about the collection was that they were able to design their whole collection around the idea of a black sheep and its fur without using real animal fur. It was clever and resourceful. The fabrics that were used were lace, vegan faux fur, Ponte, stretched liquid satins, and stretched bagardine.  The design of the garments resembled the style of women who have power and influence on culture such as Audrey Hepburn, Michelle Obama, Oprah Winfrey, and Beyoncé to name a few. Each item of the “Black Sheep” collection is named after a powerful, iconic and/or successful woman. 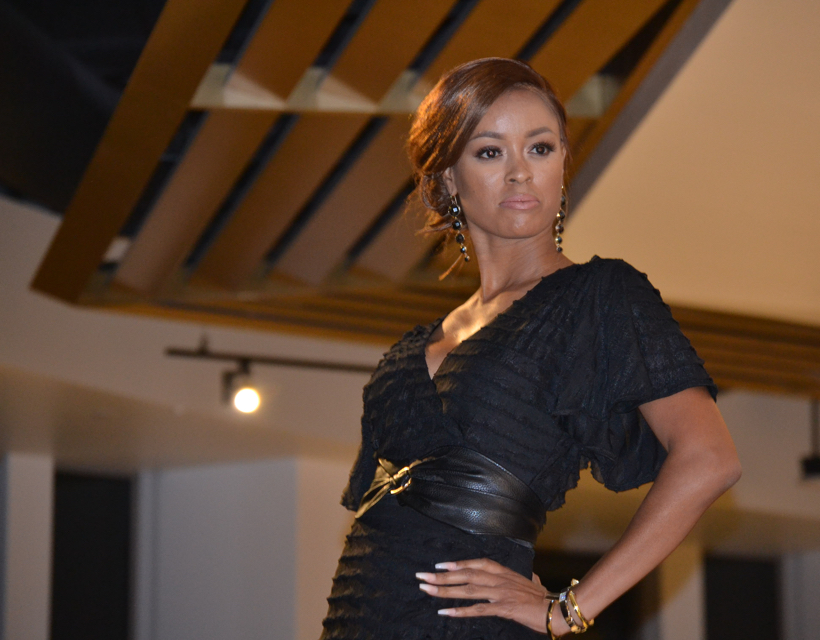 The mission of the #IAMABLACKSHEEP campaign is to encourage women to divulge their struggles and obstacles as much as they share their success stories. Creating a runway that circles the top of the Skyspace was already a genius decision, but the setup of the actual catwalk made the show even better. The runway was created to circle the Skyspace with the audience sitting on both sides of the catwalk so that everyone had a view of the collection being displayed. The models that were used in the show all had a great deal of experience being on the runway. They were walking great as well as making sure they were showing all the angles of the clothes. Having a showcase set up in this manner not only puts the SACHIKA fashion show above other LAFW fashion shows I had the pleasure to attend, but it sets a bar for other L.A. based designers, who should strive to be more creative and inventive with the setup of their fashion shows when they are releasing new collections. 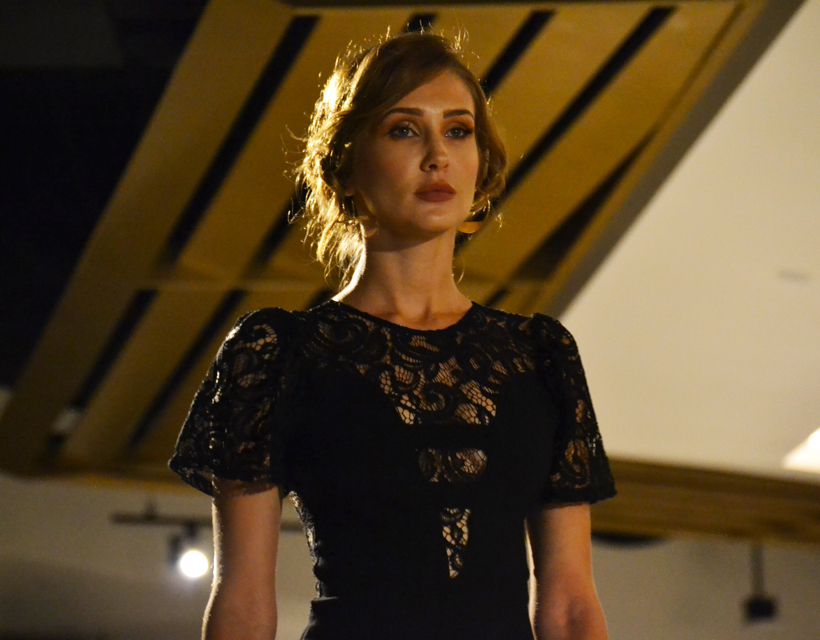 My only complaint was the organization of the guest list. Media personnel and even guests who purchased tickets had a very difficult time gaining access to the show, and most of us were all confirmed guests prior to the show via email or Eventbrite. When setting up an event of this caliber mistakes are bound to happen, but should be recognized and avoided through future planning. I would love to attend another SACHIKA fashion show in the future. Overall, SACHIKA put together a wonderful event and a beautiful collection, and I would encourage my readers who are into fashion to check out the new collection as well as their old collections. Their pieces are designed with great quality and make a statement for the woman wearing their products.

In conclusion, Los Angeles does not have the same credibility as New York, Paris, or Milan because many of the brands that are showcased are not curated as well as the SACHIKA show. In order to gain respect from other regions, more L.A. based designers and the companies that create these shows should put greater effort into reaching the level of a high-end runaway show just as the SACHIKA brand executed with their BLACK SHEEP show. At the fashion shows that take place in the fashion capitals of the world, you can tell the designer has put more time and effort into making sure to create an unforgettable experience for the audience as well as creating a backdrop to showcase their latest collections, which will result in gaining sales from consumers and buyers. I do believe the L.A. fashion scene is slowly starting to increase its quality in how designers are approaching showcasing their clothing brands. We will see what the future holds for L.A..

If you want to check out more of the brand, you can follow their social media accounts here: 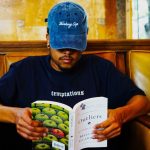