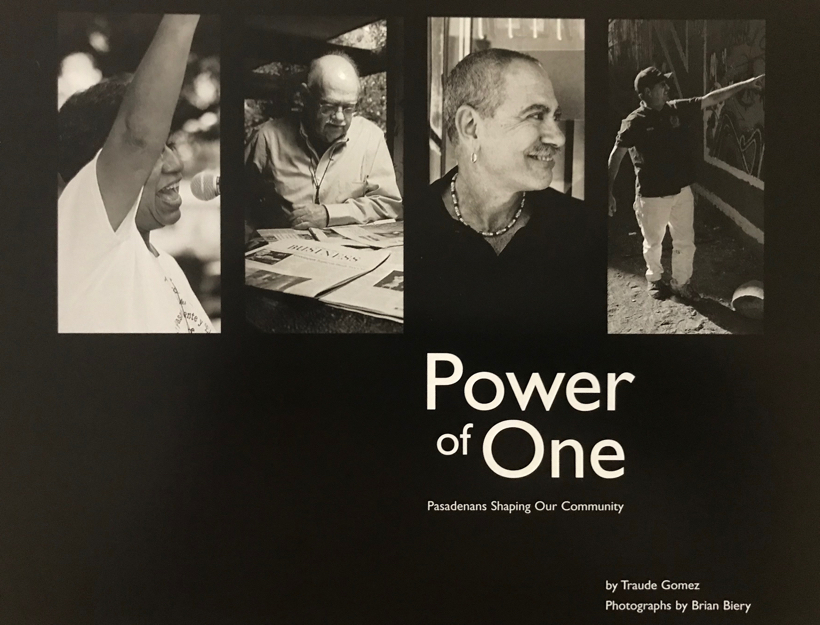 Power of One – a Symbol of Hope and Inspiration

With photography by Culture Honey’s own Brian Biery, Power of One by Traude Gomez is a powerful reminder of the importance of the individual in the enactment of change. Far too often in today’s age, with superhero films topping the box office and giant global companies overshadowing local industry, we can forget that all it takes sometimes is an individual: one person to decide to change, to decide it’s time to act.

Perhaps I should start at the top. Power of One isn’t a novel. It isn’t a story. It’s an example. It’s many examples.

Power of One is a book about thirty-one individuals who have been making a difference in the beautiful city of Pasadena. Located about ten miles or so from Downtown Los Angeles and cut through the middle by the giant 210 freeway, Pasadena is a unique and bustling city with a diverse group of people who call it home.

“We ordinary citizens may not have much pull in Sacramento and Washington, D.C., but we can shape our world in our own backyards, and that is where the beginnings of real change must take place.”

And to prove this, Traude Gomez follows up with a series of individuals producing real change in their world.

Gerda is a Diversity Issues Specialist. She is an expert witness when it comes to issues like sexual harassment and gender discrimination. The work she has done throughout the years has impacted so many. Her film, produced in 2002 and entitled Economic Violence – Life Interrupted: Sexual Harassment and the Downward Spiral of the Working Woman, raised publicly the issue of economic violence. Economic violence is described as the economic or financial aftermath to workplace sexual harassment. It is something that so many women face and something Gerda worked hard to fight against during her time on the L.A County Commission of Women.

“The way to deal with issues is to talk about them. When you don’t talk about them they just quietly get bigger and bigger, and then there’s an explosion and everyone scrambles.”

So simple yet so effective.

Roberta Martinez is anothers who features in the book. Her work has been key in building community awareness in Pasadena.

One of the best ways to build community is to show the vibrancy of the different cultures who call that community home. That’s why, in 1998, this “Queen of Cultura” created the Latino Heritage Parade. It’s purpose was “to share the wealthy of Latino history and culture that surrounded her as a child in East Los Angeles but evaded her in Pasadena.”

Pasadena is a cacophony of different cultures and each brings to the table its own beauty and character. Echoing a conversation she had with Roberta, Traude Gomez writes, “Pasaden’s history is woven with strands from myriad cultures, and dropping one weakens the entire fabric.” This simple and wise phrase is an accurate reminder of beauty is diversity.

And finally, who can skip over the iconic Pasadena bookshop Vromans? Local bookshops are becoming rarer and rarer now as giant companies slowly outsell their little brothers. But somehow, despite various setbacks throughout the years, Vromans has managed to grow in the heart of Pasadena. Power of One talks about this thriving business and highlights the work of Joel Sheldon, CEO of Vromans, as one of the people to make that happen. Joel turned Vromans from a struggling business into a hotspot for Pasadena’s book lovers. With a host of events and talks, Vroman’s is proof that you can be a successful business and one that fully integrates itself into the community as well.

I could go on – there are thirty-one examples after all – but I don’t want to spoil your enjoyment of this book. Perhaps now more than ever Power of One is a much-needed piece of literature that gives hope to those who think they can do nothing and that empowers those who are willing to try. Thirty-one examples of real-life heroes grace the pages of Power of One, and these heroes don’t wear capes. They don’t have superpowers either. They are regular human beings who come from all walks of life and who have each found their place in the community.

Whatever your passion or profession, I’m sure you can find inspiration among this beautiful kaleidoscope of individuals choosing each and every day to make a difference.
* 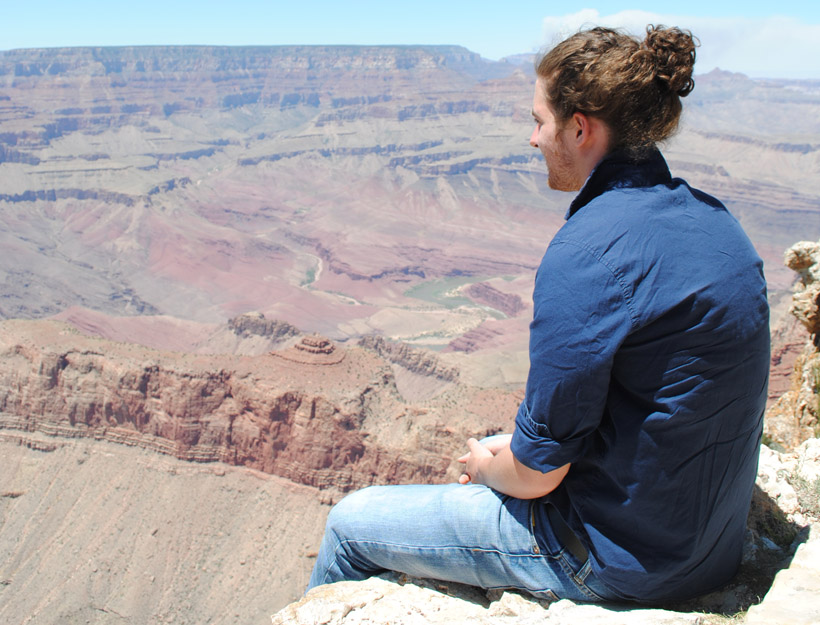