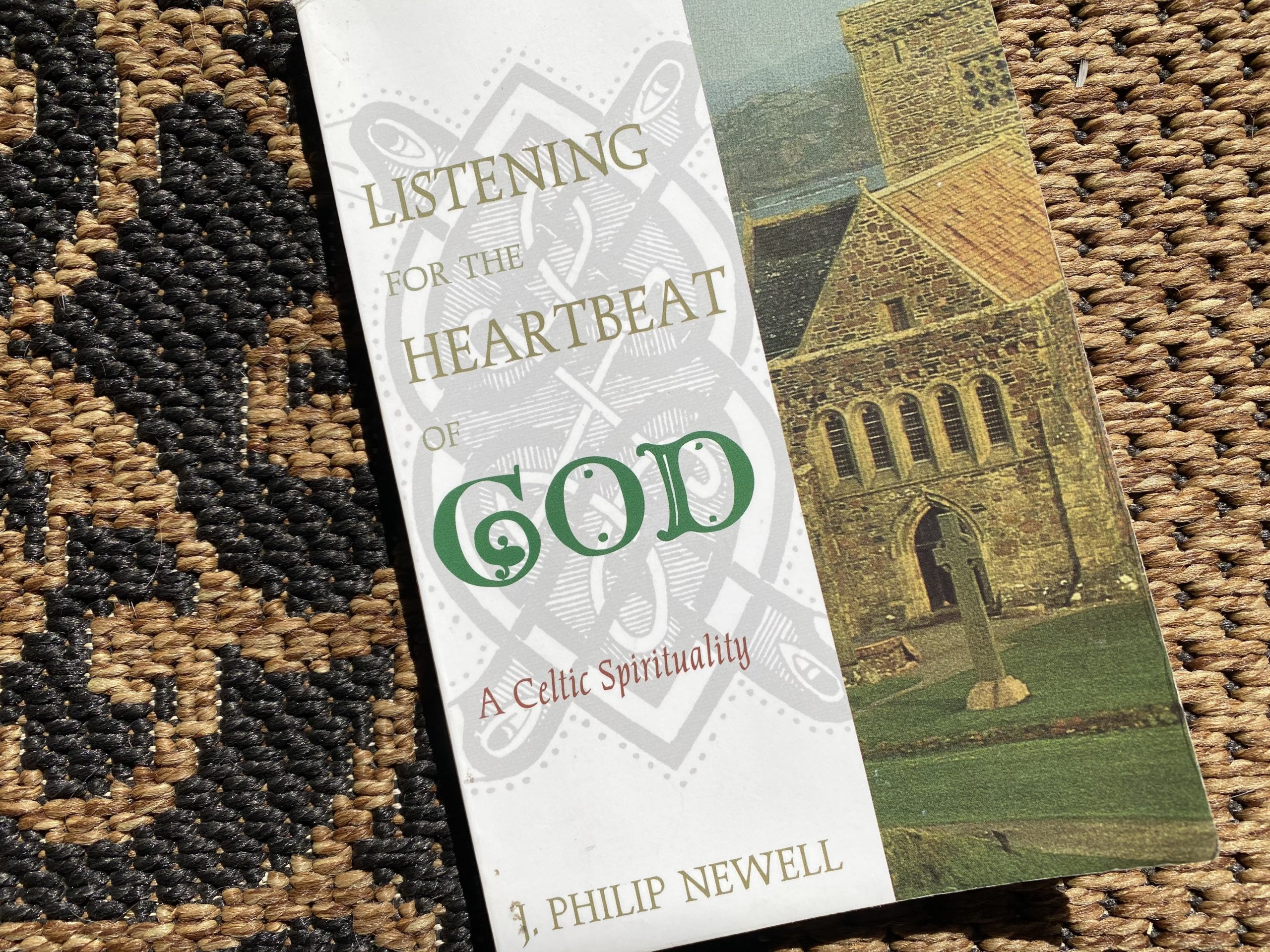 Listening to the Heartbeat of God, J. Philip Newell

Listening to the Heartbeat of God

Though originally published over twenty years ago, Rev Dr. J. Philip Newell’s Listening for the Heartbeat of God remains a cornerstone in understanding the beauty of Celtic spirituality. Newell, Warden of Iona Abbey from 1988 to 2000 and part of the team behind the charity Earth and Soul, has for decades been teaching the practices of Celtic spirituality all around the world.

In Listening for the Heartbeat of God he takes the reader on a journey through the history of Celtic Christianity. Starting with the fourth century theologian Pelagius, Newell tracks the development of the faith all the way to George MacLeod, founder of the modern-day Iona community.

The core of Celtic Christianity

Though there is much that Newell unpacks, he always brings it back to the core of Celtic Christianity, that seemingly contradictory core so crucial to the faith. There are two aspects to this core. The first is the teaching of St. John, whose work is “characterized by the expectation of finding God within, of hearing the living voice of God speaking from the very heart of life, within creation and within ourselves.”

At the heart of St. John’s teaching is the idea that we all desire to do good, that God resides within all of us. Yes, we can also desire to do bad, but those desires are not who we are. Instead they are the imperfections within ourselves and the product of brokenness in our own lives and a broken world. Our deepest desires, our true desires, are good. And it is God’s grace that gives us the strength to choose the right path.

“In all creation, and in all the people of creation, the light of God is there to be glimpsed, in the rising of the morning sun, in the moon at night and at the heart of the life of any person, even if that person is of an entirely different religious tradition or of no religious tradition.”

Competing with this is the second aspect of the core, the teaching of St. Peter. The teaching of Peter “enshrines the light of truth within the church and its traditions and sacraments. It is a rock, a place of security and shelter, especially in the midst of stormy change.”

Spirituality in the world and in the church

These two teachings can seem contradictory. One is out and one is in. But that, argues Newell, is what makes the combination of the two so impactful. God is out in the world and can be experienced in daily life, in random interactions and unpredictable moments; but God is also in the church, in the traditions and the security of the church.

In fact, while they might seem contradictory the two teachings are so important together. Without the teachings of John, the church risks isolating Jesus from the world, it risks losing itself in its traditions and forgetting that it is a catalyst for change. Without the teachings of Peter, the church risks losing the core of what it is, it risks forgetting the traditions and practices that are so important to the faith.

It is this combination which Newell argues is at the core of Celtic Christianity: the ever-competing, ever-complementary teachings of John and Peter. The teachings can even be seen in the geography of Iona, Newell points out. Iona Abbey was one of the earliest built religious centres in Western Europe. It has been a beacon of Celtic Christianity for centuries, offering hope, guidance, and refuge to so many throughout the years. It is so obviously at one with the teachings of Peter. It is a rock and it is a place of security and shelter. And yet when you visit, you see the Celtic crosses of St. John and St. Martin standing outside the abbey.

These crosses are a reminder that worship takes place both inside and outside the church. John and Peter. Out and in. This is what it means to practice Celtic Christianity.

Listening for the Heartbeat of God is not a long book but it is packed full of spiritual wisdom. It is impossible to summarize everything that Newell discusses on the journey through the history of the faith. The book is a fantastic summation and a must have for anyone interested in studying Celtic Christianity.

If you would like to find out more about Rev Dr. J. Philip Newell, you can check out his charity’s website here. And if you’d like to purchase Listening for the Heartbeat of God, you can find it on Amazon here.
*