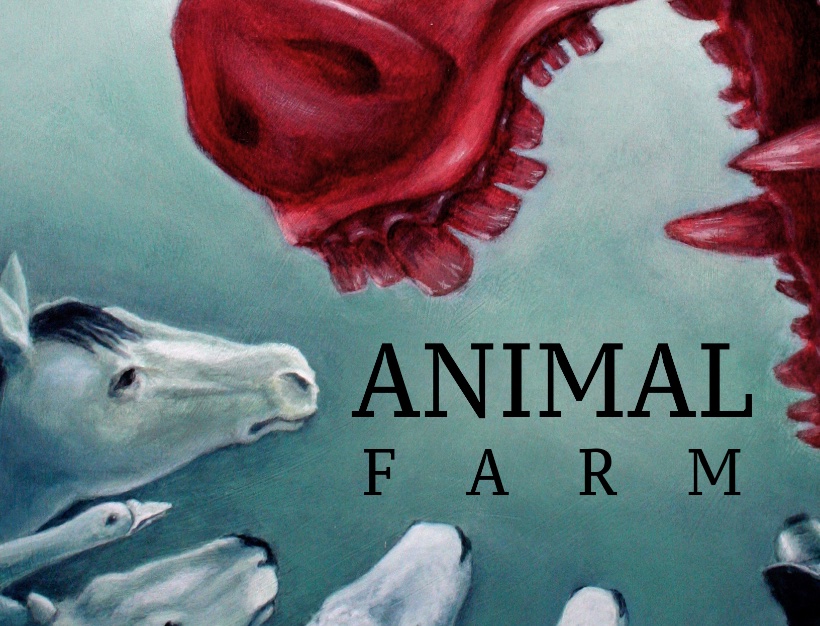 Summertime is the perfect opportunity to finally get around to reading those classics you’d always heard about. I had never happened to read Animal Farm in either high school or college, but had always heard that it was an excellent book. After happening to pick it up with a couple dozen other classics for free, I decided to settle down for the day and explore this 100+ page novella for myself. I knew it had something to do with animals and their actions being an allegory for governent, and that the pigs in particular were key players. In blissful ignorance, I failed to notice that the author of Animal Farm was George Orwell, whose dystopian novel 1984 had been the subject of a recent Youtube video I had watched the other day. Fool that I was, I believed myself to be opening a book of light satire and good laughs. Cut forward a few hours to me screaming at the book, gasping in horror, and wishing a worse death for a swine than I had ever conceived possible. I closed Animal Farm after reading the last page feeling overwhelmed with emotion and deeply moved on an intellectual level. This is certainly a book that lives up to the hype and one whose contents will remain imbedded in your mind long after the book has been set aside.

Animal Farm opens with a simple enough premise: the animals of Manor Farm are tired of giving Mr. Jones the hard-earned fruits of their labor and in return receiving only the bare minimum needed for their survival. Finding man to be little more than a parasite who provides nothing and takes more than his fair share, the animals are inspired to revolt due to the wise words of Major, the eldest boar on the farm. What ensues is an exploration of the path these animals take from being little more than slaves in humanity’s eyes to running their own free government and the insidious backroom happenings that slowly but surely place a chokehold on their newfound freedom.

Orwell is masterful in his narrative, using the simple, down-to-earth members of Animal Farm to clearly explain political concepts that may be lost to many in a more high-brow political science course. Animal Farm is accessible, showing the world as it is seen through the eyes of regular, hard-working farm animals, a clear allegory for the working class that makes up the bulk of any country’s population. The animals desire the same rights we consider inherent to any human being: food, comfortable lodgings, the security of steady work and the promise that when the day comes that they are too old to work any longer they will be provided for. As the reader follows these animals’ struggles and victories, it is impossible not to sympathize with their plight. They want so little, but must work so hard to get it. 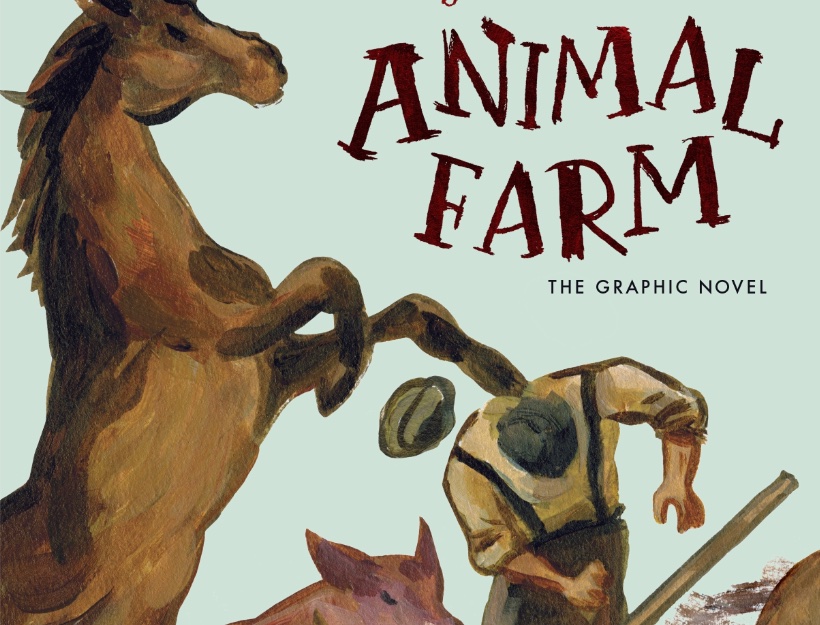 Victory, though sweet, is short-lived. Even in the best of times which show the simple joys found in the democratic socialist society that Orwell supported, there are already steps being taken in secret to overthrow the peaceful haven that is Animal Farm. The first missteps, as history has proven to be true time and time again, are small. Some of the finer foods the farm grows are not distributed equally, but are set aside for the thinkers in the group, those who have the greatest educational acumen and thus are most proficient at determining the legal course of Animal Farm. The animals do not mind. What is important is not that they have every possible luxury, but rather that Animal Farm as a whole be preserved. If these small sacrifices help lead to greater security and growth for Animal Farm, the horses, chickens, sheep and other work animals are more than happy to give the pigs what they need. As time passes however, these small sacrifices cause the very nature of Animal Farm which the creatures had worked so hard to attain to be taken from under their very noses.

Animal Farm is an excellent demonstration of how authoritarian and totalitarian forms of government come to be. The key to success for a despot is twofold: they must control the narrative of history and prevent the general populace from gaining the tools by which they may even comprehend their oppression. In Animal Farm, this takes the form of language. Each species of animal has a different level of proficiency in being able to read and write. The pigs are by far the most adept in both regards and become the primary lawmakers of the new society. While political factions are mostly split down the middle at first between two particularly charismatic boars, Snowball and Napoleon, a sudden violent coup on Napoleon’s part puts leadership of Animal Farm squarely on his shoulders. Almost immediately afterward, Napoleon increases the workload and begins decreasing rations, a move he promises to be temporary, another sacrifice for the sake of his vision for a brighter future for Animal Farm.

The mind games at play throughout Napoleon’s reign are terrifying. Fear-mongering is rampant. The exiled Snowball is made into a bogeyman purported to lurk around every corner, and all who protest Napoleon’s decisions are said to be sympathizers and spies of the traitorous Snowball. History begins to be rewritten. Confused animals who remember events differently than how the pigs report are quickly silenced and told to put more stock in their infallible ruler than in their own weak-minded memories. The few simple rules formed at the beginning of Animal Farm and rewritten in secret to support each selfish, spoiled action made by the pigs. Reports are read to the animals each day that claim that production is up and their lives are better than they have ever been before. The animals, too weary from never-ending work and lack of food to think clearly, do not argue. Rather, they put their faith in Napoleon and the windmill which he has promised will someday soon ease their heavy load. 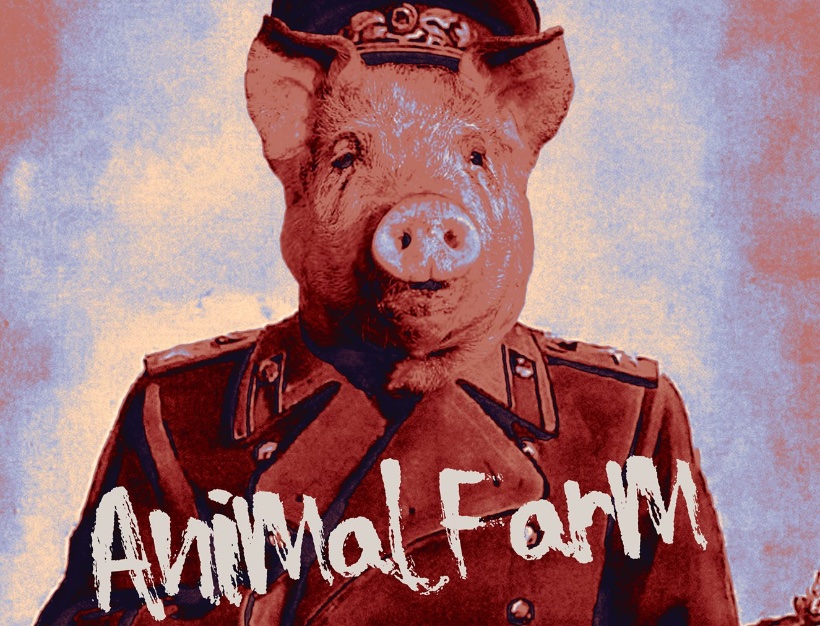 Watching the animals’ descent into a new form of slavery is maddening, yet fully understandable. The small issues in the early days of Animal Farm’s creation were so unassuming that it is no surprise the work animals did not protest back then. Napoleon’s sudden seize of power, though frightening, was performed by a figurehead who up till that point had been nothing but benevolent and just in his proceedings with them. The fear of Mr. Jones’ return, later replaced with the fear of Snowball and ultimately the fear of the outside world in general, caused them to take actions outside of their best interests, with the dream of the windmill and the end of their current struggles always dangled in front of their noses as an incentive to work harder. Step by step, every freedom and luxury was taken from them, every scrap of knowledge they had learned erased. Loved ones were killed for purported crimes against the farm, their revolutionary anthem “Beasts of England” outlawed, and the common-man’s hero, Boxer the Stallion, sold to the glue factory as soon as his health failed. The closing images of the book, with the farm animals looking in while the pigs and humans rejoice in their mutual ownership over all other beasts, and the chilling realization that the faces of the pigs and humans are impossible to tell apart, is the perfect conclusion to this tragic tale.

C.M Woodhouse wrote a piece for The Times Literary Supplement in 1954 where he explored the subheading Orwell had given Animal Farm: a fairy story. How is the horror and despair of this story in any way analogous to the fairytales of our youth? Perhaps it is better in this case to look back to the tales in their original form: the horror and bloodshed and injustices that have largely been washed away from our current retellings. As Woodhouse puts it, “(A fairy story) is a transcription of a view of life into terms of highly simplified symbols… it leaves us with a deep indefinable feeling of truth… it leaves us also with a feeling of rebelliousness against the truth revealed.” Through the narrative of Animal Farm, Orwell explores the bitter truth that even in the best of times we must remain vigilant, for there are always those who would willingly take control for their own corrupt purposes. The overthrow of a fraudulent government does not prevent the rising of an even worse establishment in its place. This is a truth that we may all take to heart and put into action within our own lives. The systemic injustices and abuses we see in the world around us are not something we should take lying down, lest the next day it is not our neighbor who is feeling the boot on his neck, but rather we ourselves that now suffer. While Animal Farm does not have a happy ending, this does not mean that we  cannot do our part to make our world a happier, more just place for all who live in it.

Read Animal Farm. I hope that it will have the same effect on you as it has had on me, and that by the end we each emerge more resilient, empathetic and with the willingness to speak against the wrongs we see in our world each and every day.
* 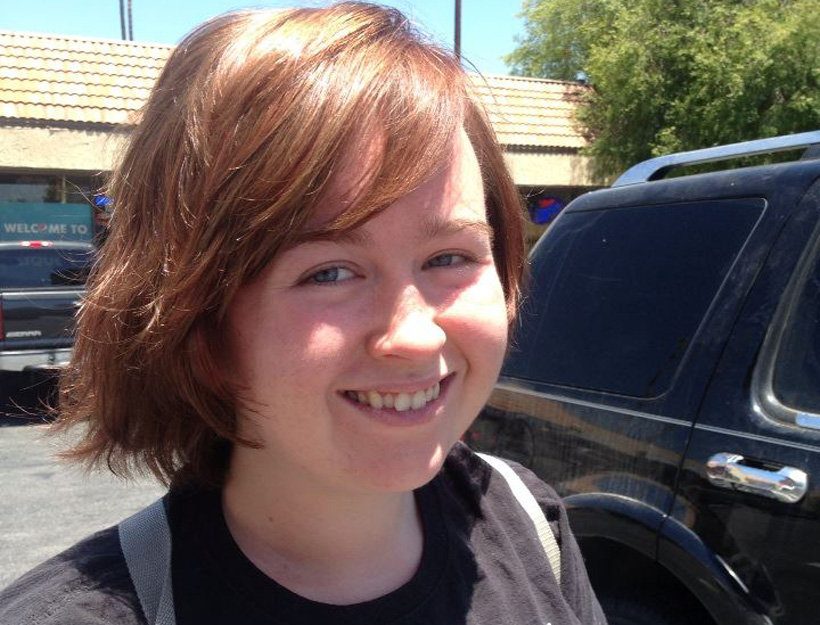