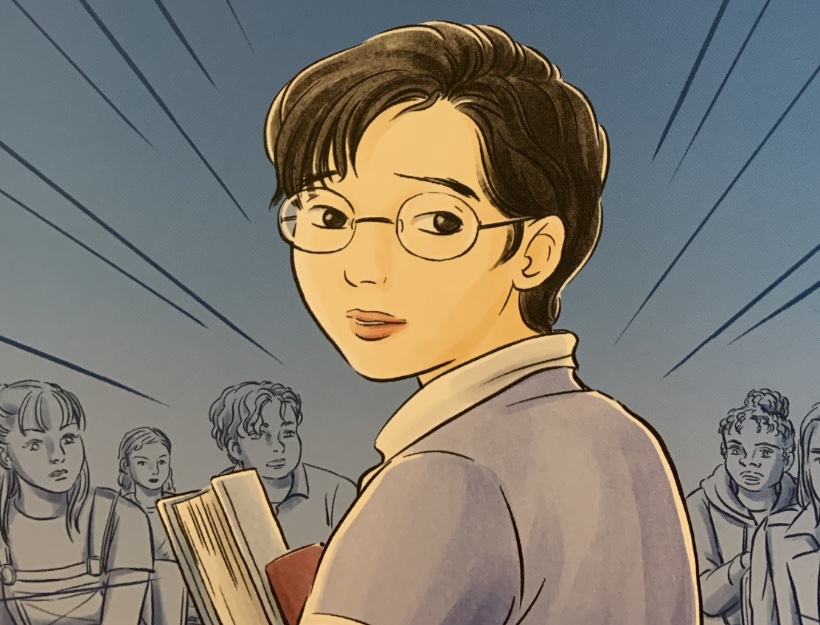 Almost American Girl is a beautiful graphic novel by Robin Ha that details her transition from South Korea to the United States in her middle school years. Following her mother’s unexpected announcement that she is remarrying, Chuna (later taking the American name Robin) is thrown into a new life across the globe that is different than anything she could have expected. There she struggles to learn English, get along with her new stepfamily, and change herself to better fit her new country while still finding places and people with whom she can feel she belongs. It is an honest, moving tale, one that anyone who has ever had to move to a new city, state or country can relate to. Robin Ha offers a window into her own life that is both heartwarming and painful to read, the perfect bittersweet mixture to capture the struggles of everyday life.

The story is told from Robin’s teenage perspective as she struggles through the loneliness and isolation of life in a country that is not her own, but it also includes insights that she learned later in life, moments that did not make sense to her at the time but have meaning now because of her own maturity and, more importantly, her mother’s perspective. The story is truly about two women: Robin and her mother. Throughout the narrative, Ha explores the struggles and discrimination that her mother faced as a single mother in South Korea, the reasons that she moved to the States in search of a more promising future for her and her daughter, and the obstacles she still faced in America. This is a story told by both a child and her parent, bringing depth to every event Ha details. 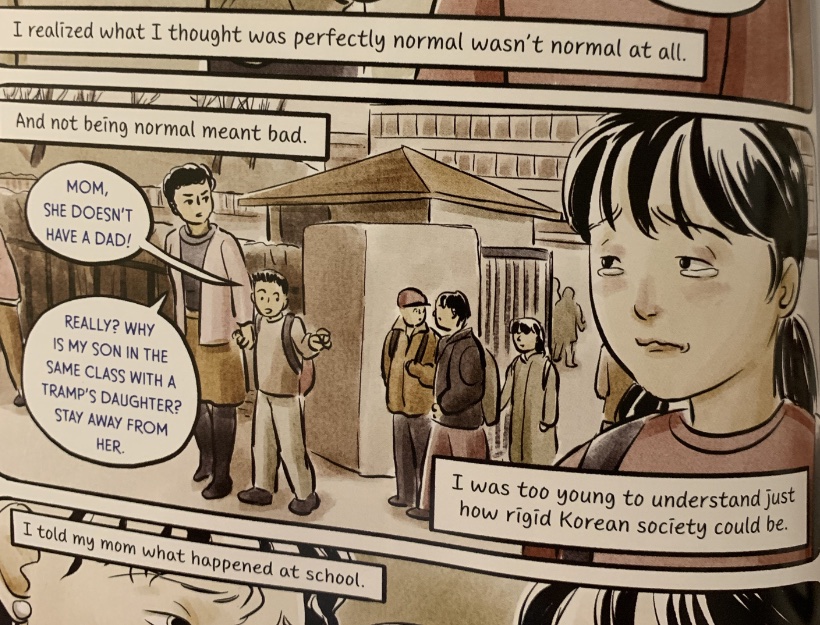 Ha does a wonderful job of capturing her teenage perspective while still holding herself accountable for her actions. When she and her mother quarrel over the move to Alabama or in smaller moments such as Robin’s struggles with piano performances, the audience feels the pain and weight of the argument as they can understand where both sides are coming from thanks to Ha’s masterful narrative. When reading the story, it truly feels as though you are right there alongside Robin, experiencing racism for the first time, struggling to find common ground with her step-siblings and wondering what her purpose in life even is anymore.

Ha does not paint characters in black or white terms either. No person is fully good or evil since this is a story taken from real life.  The school bully eventually has something nice to say to Robin, taking her by surprise. One of Robin’s earlier “friends” is excited to meet her as she has never had an international friend before, but lacks the interest or motivation to help Robin overcome her language barrier to grow close to her. At the same time, there are some people whose care and dedication to Robin are clearly priceless, such as her first English teacher Mrs. Halls whose shared journal with Robin gave the teenager the encouragement needed to keep learning English. 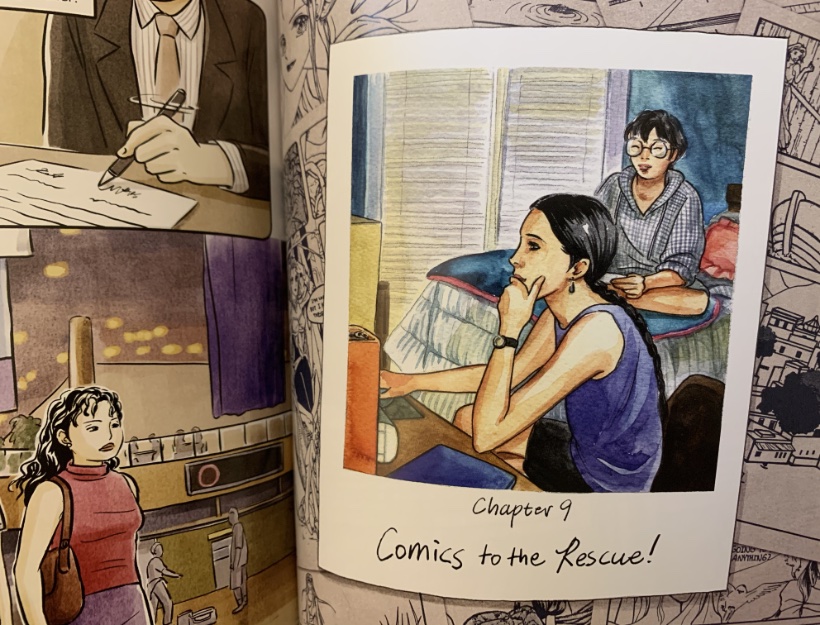 Robin is eventually able to start to find a community of her own thanks to a local comic book class her mother discovers. After so long of seeing Robin struggle to make any sort of lasting connection in Alabama, it is exhilarating to finally witness her blossoming in an environment where she is appreciated and accepted by those around her. Robin is finally able to finds things and people that she values in her new home and share her own experiences and talents with them.

The story continues from there all the way into Robin’s young adult years. We get to see who she has become as a person who has lived almost equal amounts of time in South Korea and America. After so long living in the States, Robin realizes that she is no longer the same as her Korean childhood friends she left behind all those years ago. She still does not fit the archetype of a classic American girl either. She is Korean American, so deeply influenced by both cultures and countries that she cannot simply pick one as her own. And as Ha says, “That was OK with me.”

Almost American Girl is a story that will stick with you. It is beautiful in the honest simplicity of its narrative and the intricacy with which it captures human emotions and motivations. I found myself so caught up in the story that I read it in its entirety in one sitting, shedding real tears at multiple points in the story and cheering Robin on through all her struggles and victories. It was cathartic to celebrate her successes and see the many steps it took for her to become the confident, genuine woman she is today. Robin’s story is real and you can feel that in every panel and page of this delightful graphic novel. It truly is a timeless tale.

You can buy your own copy of Almost American Girl here or find it at your local comic book store (like I did 😀 )!

If you’d like to learn more about – and from – the author herself, here’s a short video by Robin Ha on how to make comic books: